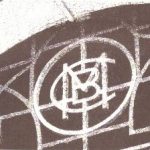 The Municipality formerly known as ‘Câmara Municipal de Bardez’ (or CMB during the erstwhile Portuguese regime) began its full -fledged functioning from 1842, following the enactment of the Administrative Code in 1836. The building was later constructed in 1854, and the offices of the ‘Administrator das Comunidades’ and ‘Câmara Agrária’ were located in this building.

The Athaide Municipal Library, which still draws a lot of people specially to read newspapers and magazines in the evenings, is located in the building. This institution then, too. possessed a number of valuable publications. It was established back in 1883.

Initially, the CMB controlled Mapusa and all other villages in Bardez. CMB had four councillors who were all nominated. They earned no pay but had to attend regular meetings. Res-olutions were passed and implemented.

The last elected President of the Camara Municipal de Bardez of the Portuguese regime was Dr. Antonio Pinto do Rosario, who held the office from 195o to 1966. He passed away on September 5, 1969.

Some time after Liberation, Vinayak Sawkar was appointed Chairperson by the first Chief Minister of Goa, the late Dayanand B. Bandodkar. Sawkar continued in office till 1970, when the Camara De Bardez was converted into the Mapusa Municipality through laws that were also applied to other civic bodies too in the State.

From November 11, 1970 till February 5, 1982, the Munici-pality had the following elected Presidents:

Municipality sources say the word ‘President’ was getting mixed up with that of the President of India, so the desig-nation was changed to ‘Chairperson’. Mapusa Municipality had the following Chairpersons from June 20, 1995 till date:.

They were duly supported by the following Vice-Chairpersons from June 20, 1995 till date: